On November 1st, 2012 artist Doug Comeau received a call from the Royal Canadian Mint regarding design submissions for a silver coin collector series celebrating the largest land mammal in North America, the bison.  Honoured to have been selected as one of the submission artists Doug began research on the Canadian Bison for four detailed drawings representing four separate silver coins in a series.  With a very short time line the compositions were completed before the deadline in January 2013.
The bison silver coin series will be introduced and dated for 2014.  Each 1oz, 38 mm coin will be struck "Canada, 2014, 20 Dollars".
Word arrived a few months after the submissions that artist Doug Comeau was awarded a coin design from the Royal Canadian Mint.  The Royal Canadian Mint chose the bison portrait for one of the silver collector coins to be distributed in February 2014. 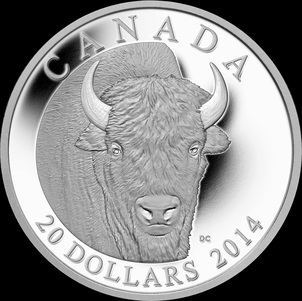 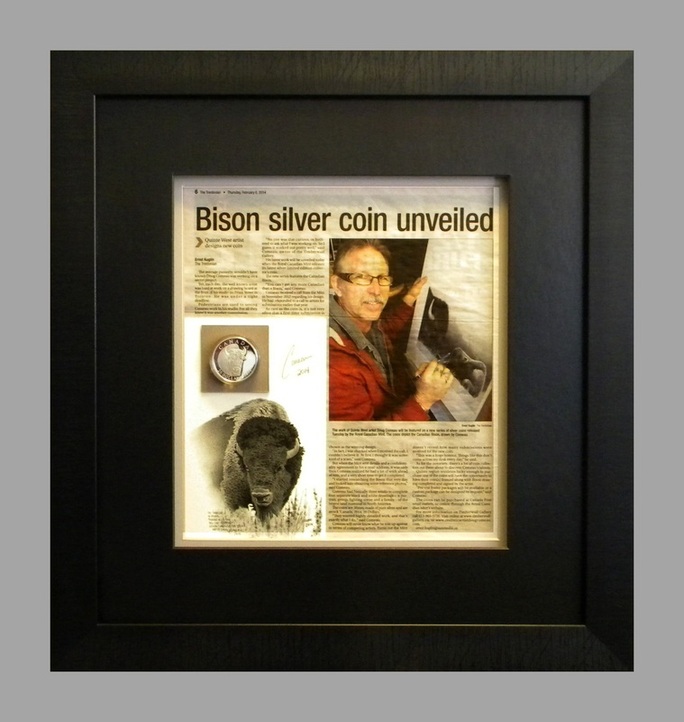 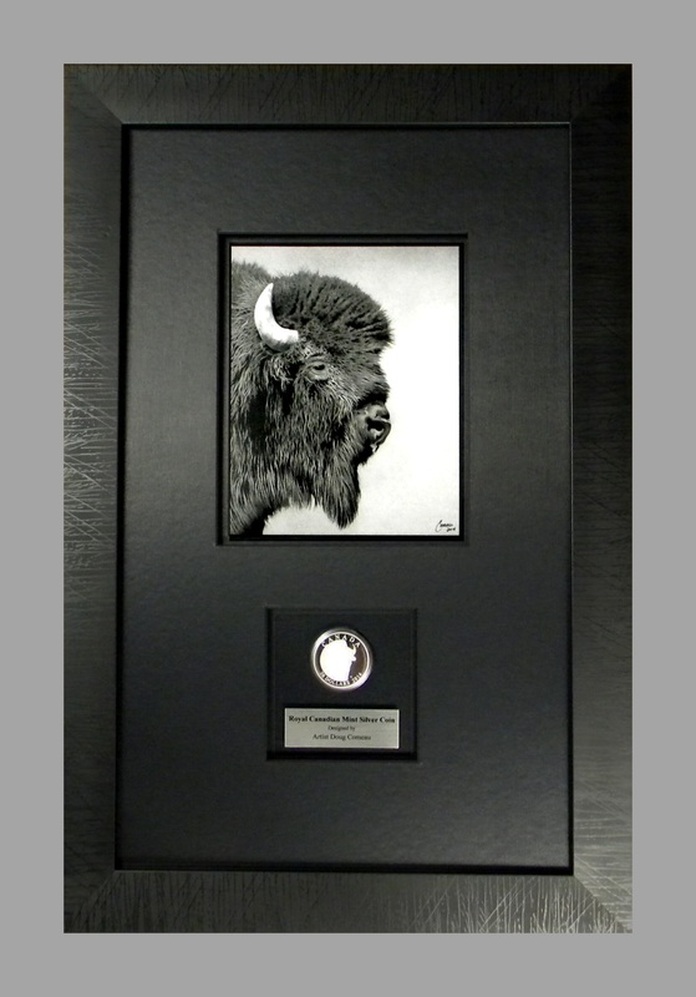 Order now to have this special one of a kind keepsake

This package comes with multiple signatures from Doug including two certificates of authenticity and a personal written momento if desired. 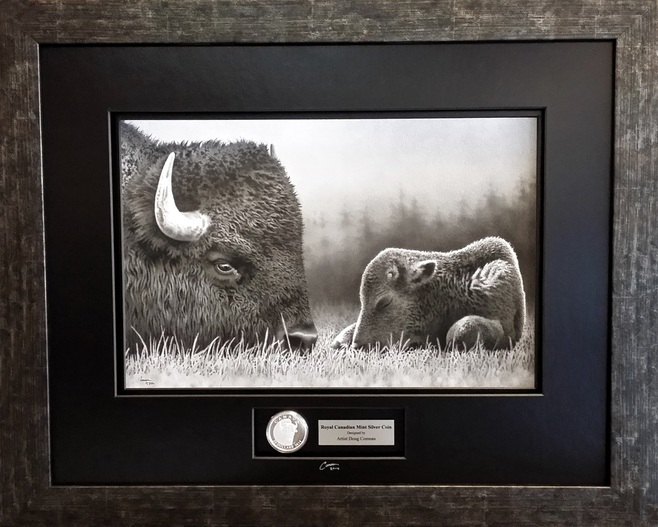 "By the Forest's Edge"
Email or text Timberwolf Gallery for more details.